Thank you! Use code WELCOME 15 at checkout

CHOOSE YOUR FREE CHAKRA™ BODY MIST*. GET OFFER
VISIT US IN STORE FOR A FREE HAIR & SCALP CHECK. BOOK NOW

OUR MISSION AT AVEDA IS TO CARE FOR THE WORLD WE LIVE IN,
FROM THE PRODUCTS WE MAKE TO THE WAYS IN WHICH
WE GIVE BACK TO SOCIETY. AT AVEDA, WE STRIVE TO SET
AN EXAMPLE FOR ENVIRONMENTAL LEADERSHIP AND RESPONSIBILITY,
NOT JUST IN THE WORLD OF BEAUTY, BUT AROUND THE WORLD. 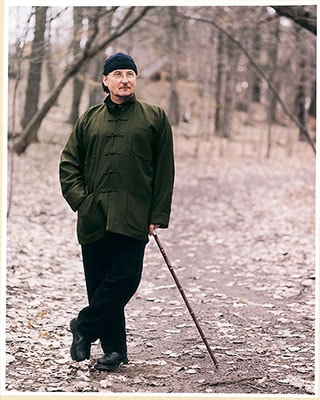 The legacy of Horst Rechelbacher extends far beyond the creation of Aveda. a pioneer of holistic beauty, and a champion of environmental responsibility, Horst’s purpose and passion have taken on a momentum of their own as part of a greater global movement toward balance and harmony, both individual and collective.

Born in Austria in 1941 to an herbalist mother and a shoemaker father, Horst began working in the salon across the street at the age of 14. “I was not a good student at all but I was very eager to be something different,” he said. Horst was a natural talent, and by 17 he was working as a stylist at a prestigious salon in Rome, tending to international celebrities. By the young age of 20 he had won the European Hairstyling Championship, which he used as a springboard to tour Europe and the United States. “What is a calling? It’s like almost a fire inside me and it keeps me alive,” he said.

a lifelong student with a lasting vision

A world-class stylist in his teens, Horst ended up in Minneapolis, Minnesota by accident. Literally. During a stylist competition in 1963, Horst’s car was hit by a drunk driver. He decided to settle in Minneapolis, as a European hairdresser, and opened his own salon, Horst & Friends and then several others, becoming a successful salon entrepreneur in his twenties. In the late sixties, Horst suffered burn out from overwork and recovered thanks to herbal remedies prepared by his mother, as well as to the practice of yoga and meditation. Following a retreat in India in 1970, Horst integrated Ayurveda in his lifestyle and his salon business model. He adopted a holistic thinking, the belief that individual beauty is directly linked to the beauty of the world around us. His were ideas that would revolutionise the beauty industry. “We are the earth,” he said. “We are soil. We are water. We are everything. So go organic if you can. So become a farmer. Grow in your own house. Grow peppermint and make your own tea. Celebrate life.”

from the ancient art of Ayurveda come the rituals of Aveda

In India, he also received the inspiration to create Aveda. Horst gained greater appreciation for the power of wellness to promote balance in mind, body and spirit, the prerequisite to achieving the guest’s beauty goals. He met Shiv Nath Tandon in the ashram Sadhana Mandir in Rishikesh, India with whom he developed his first Clove Shampoo in a kitchen sink in Minneapolis, together with doctors of Ayurveda, Vinod and Kusum Upadhyay. All have continued to work with Aveda since the early 1970s.

Out of this well-timed collaboration, Aveda was born in 1978 with the vision to bring beauty professionals botanical products that would be good for them, their guests, and the Earth and its communities. Horst’s foresight is a testament to how far ahead of his time he was, and although no longer with us his legacy lives on in countless ways, from the signature ritual of a neck and shoulder massage that Aveda salons are known for, to an ecologically-minded way of doing business, one that celebrates companies with a conscience. Most importantly, Horst taught us that: “Every day presents every one of us with the opportunity to create positive effects. Even the simplest, seemingly insignificant choices we make in our daily lives—what to eat, what to wear, what to use on our bodies and in our homes—have a ripple effect that reaches far beyond us personally.”

a life of extraordinary leadership

1978 — Horst founds Aveda with the mission of creating holistic beauty through wellness; Aveda is “knowledge of the whole”
1982 — The first Aveda Institute opens its doors in Minneapolis; Aveda Institutes are schools for aspiring professionals in the beauty industry
1987 — Horst publishes “Rejuvenation: A Wellness Guide for Women and Men”
1989 — Horst endorses the Valdez/Ceres principles of environmental sustainability, making Aveda the first company to sign on
1997 — Aveda is acquired by The Estée Lauder Companies and grows to become a global success story with a presence in more than 40 countries and 9,000 salons and spas
1999 — Horst publishes “Aveda Rituals: A Daily Guide to Natural Health and Beauty”
2004 — The beauty industry awards Horst a Lifetime Achievement Award
2005 and 1995 — Vanity Fair magazine names Horst one of the most influential environmentalists in the U.S.
2007— Horst receives the Rachel Carson Award for a Lifetime Commitment to Environmental Ethics & Integrity
2013 — The International Spa Association (ISPA) honors Horst with the ISPA Visionary Leader Award
2007—The Spa & Salon Professional Association honors Horst as an Industry Innovator & Legend for lifetime contribution to the cosmetology industry
2009 — The President of Austria awards Horst the “Decoration of Honour in Gold Services to the Republic of Austria,” an award given to exemplary Austrian business leaders

5,000 years of results our earliest roots lie in ayurveda, the indian healing tradition based on the knowledge of life and the interconnectedness of all things. it has proven, over 5,000 years, that treating the whole person leads to greater balance and well-being, so we consider the effects of our products not only on hair or skin, but on body, mind and emotion.

Our relationship with Ayurveda began in 1976, thanks to two renowned Ayurvedic physicians and scholars, Drs. Vinod and Kusum Upadhyay. Globally sought for their expertise in Ayurvedic medicine, pharmacology, botanical research and aromatherapy, they brought 1,000s of years of Vedic and Ayurvedic tradition to bear on Aveda's work. Their guidance first helped us identify botanical actives for our products, allowed us to pioneer “functional aromas”(with our chakra™ balancing aroma blends), and helped us launch innovative, powerful naturally derived formulas such as invati™ solutions for thinning hair.

In keeping with Ayurvedic principles—and because of our concern for the Earth—Aveda is committed to using organic ingredients. This has led to another Ayurvedic partnership—between Aveda and the Indian firm, Nisarga.

Nisarga—which means “nature” in Sanskrit—grows Ayurvedic herbs with organic agriculture. We have partnered with them to obtain organic turmeric and amla for use in some of our products including Invati™ Solutions for Thining Hair.

Because of the company's concern about the dangers of chemical fertilisers and pesticides, Nisarga works to encourage farmers to convert to organic agriculture. They have held regular educational seminars for about 35,000 farmers over the years, convincing many to go organic. Nisarga pays the organic certification costs for the farmers they partner with and also provides educational support to help make the conversion successful.